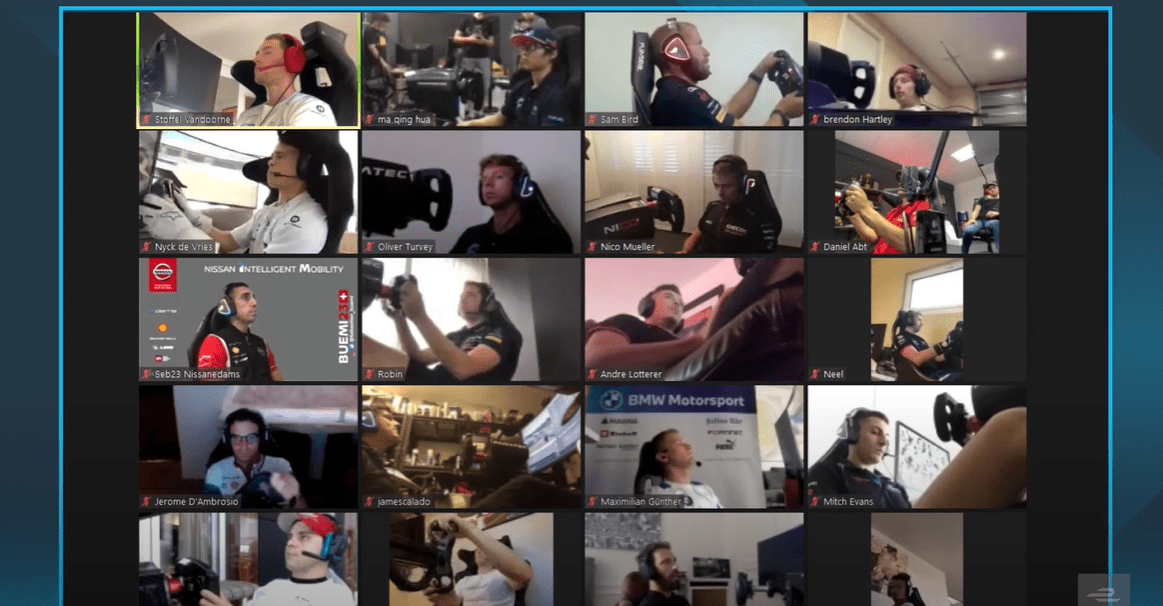 Audi’s Daniel Abt has been disqualified from the Berlin Formula E Race at Home Challenge after it was found that he had a professional sim racer driving for him.

Ever since Formula E started with the Race at Home Challenge ESports series, both the Audi drivers Abt and Lucas di Grassi haven’t managed to do well as opposed to the front-runners, where they are yet to break into the Top 10 even.

But on Saturday – during the Berlin Formula E race – Abt surprised everyone by qualifying second for his home event. Traditionally Audi has done well in real racing but for the moment, most thought, it to be the same with ESports racing as well.

The race was a strong one for Abt as well as he battled Mercedes’ Stoffel Vandoorne and Nissan’s Oliver Rowland, to eventually end up third and score his first podium. However, suspicions grew by the end of the event as the Belgian was certain it was someone else.

Abt did not show his face on his Twitch stream, while he did not feature in the post-race conference either, citing network issues. Formula E, meanwhile, started its investigation, which eventually resulted in the disqualification of the German driver.

It promoted Mahindra’s Pascal Wehrlein to the final podium position as Porsche’s Neel Jani scored a point in 10th. Abt admitted to his mistake and also fined 10,000 euros towards UNICEF as the Formula E competition is undertaken for a good cause.

“I would like to apologize to Formula E, all of the fans, my team and my fellow drivers for having called in outside help during the race on Saturday,” said Abt. “I didn’t take it as seriously as I should have.

“I’m especially sorry about this, because I know how much work has gone into this project on the part of the Formula E organization and also UNICEF. I am aware that my offence has a bitter aftertaste, but it was never meant with any bad intention.

“Of course, I accept the disqualification from the race. In addition, I will donate 10,000 Euros to a charitable project.” The news of substitute spread among the drivers across championships last night, as well as, this morning.

Vandoorne was the most vocal of all as he straightaway understood that it wasn’t Abt. The person behind the wheel was sim racer Lorenz Hoerzing, who has been representing Audi in the Challenge Grid races. He now is barred to compete for the rest of series.

Final classification: Your points scorers from Round 5 of the ABB Formula E #RaceAtHome Challenge in support of @UNICEF pic.twitter.com/nVaMORKX0t