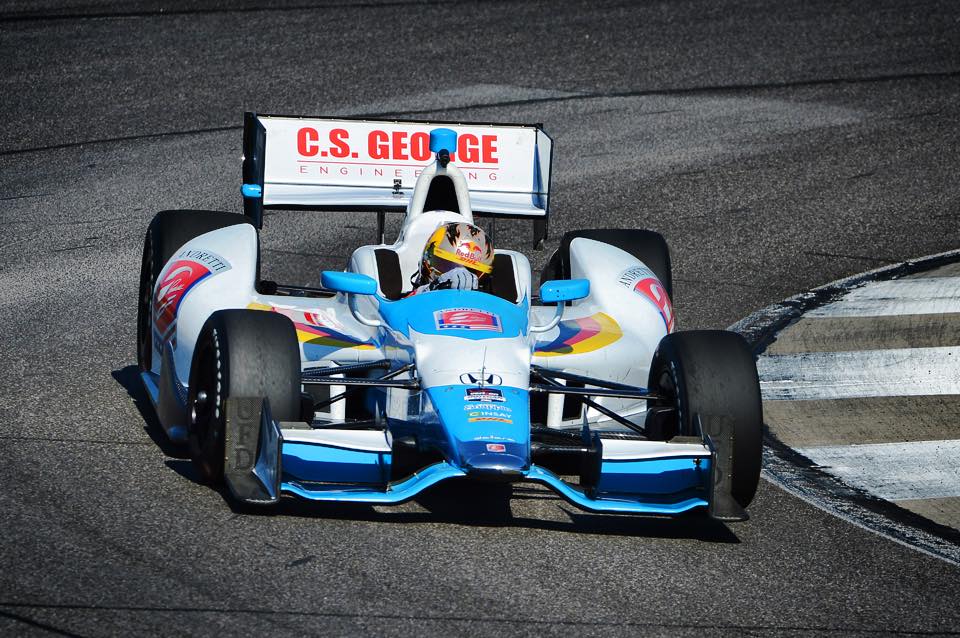 The current GP2 and Formula E driver Daniel Abt, completed his first test yesterday with a IndyCar car with Andretti Autosport in the Barber Motorsports Park circuit. In this test also participated Josef Newgarden and JR Hildebrand with CFH Racing.

The German made ??a total of 93 laps with a lap times that was close to the CFH drivers.

Abt has said that after this test He looks ahead to next year’s IndyCar participation. The Andretti Autosport have confimed for 2015 Carlos Munoz, Marco Andretti and Ryan Hunter-Reay, but with the departure of Hinchcliffe, Abt could have his chance in 2015, driving with the same sponsor than the 2012 champion, Ryan Hunter-Reay, DHL.

“It was a lot of fun, to be honest. It was a really good day, I felt really comfortable in the car and enjoyed every second of it. I must say the track was really nice to drive; there was a lot of grip, and I began to feel my neck and my arms by the end of the day with all that grip, but the track was a lot of fun to drive. It has everything, and it was a good track to do the test there. It was tough at the end, but I think it’s like that for all drivers for their first time in this car.”

“I really enjoyed it, and like I’ve always said, I can really see myself doing the [IndyCar] series, but I’m not the one deciding that. That’s up to the team, and I don’t know what comes next. We’ll talk, see what they think, see where things lead, and then decide where to go from here.”