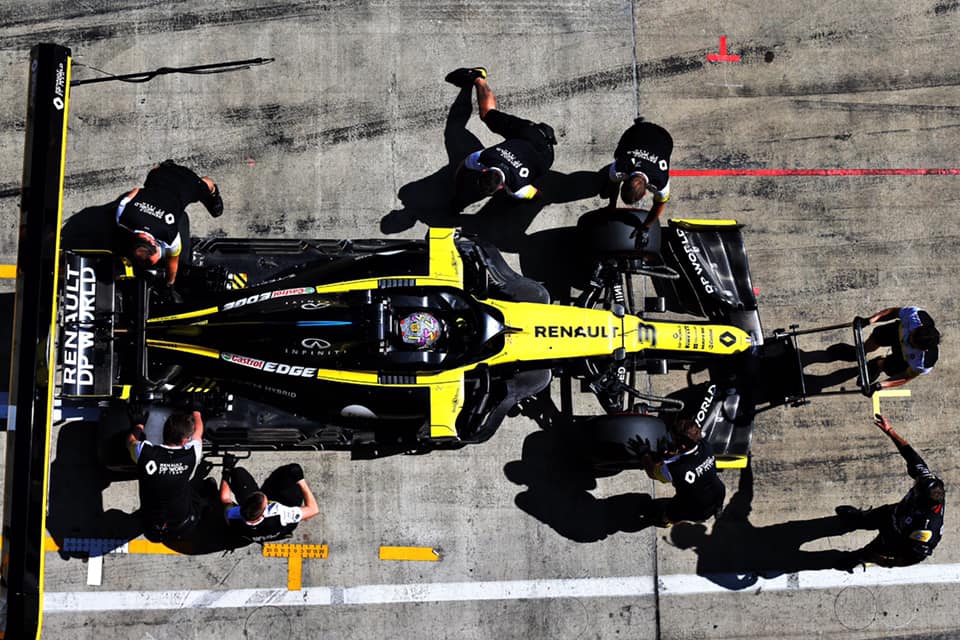 Cyril Abiteboul opened up on Renault driver line-up with ‘big names’ being said as Daniel Ricciardo/Esteban Ocon also weigh in plus he talks about his own future too.

At every step of the F1 driver market saga in this most recent off-season, there was a clear number one candidate for the next open seat. In the case of Ferrari, there was little left to speculation, as Carlos Sainz quickly rose to prominence as the most likely replacement for Sebastian Vettel despite the Daniel Ricciardo name, who also had McLaren link.

Renault, though, is the outlier in this case. Once it was announced that Ricciardo was leaving, it became clear that there was no obvious F1 driver to fill his shoes. With that said, two major trains of thought have emerged.

The first theory is that Renault will go for a big-name signing. Perhaps a Vettel, or even an Alonso. The second, meanwhile, is that the team will opt for a junior series talent, perhaps Guanyu Zhou, who is competing in F2. They had Anthoine Hubert high on list but his passing changed things for the French F1 outfit.

And, despite speculation that the former of those two situations is more likely as Renault may attempt to replace Ricciardo with an equally sizable name, the team’s principal Abiteboul has said that their priority is not to find a heavyweight, but rather a driver that gels with the F1 team, and has performances to fit the bill.

“No, what we need first is a driver,” said Abiteboul. “We need a driver for each car. We need a quick driver, we need a talented driver and we need a driver that can understand and buy into Renault’s project. We are very clear about the nature of our team.

“We are a bit of a unique team in the F1 landscape, but at the same time very loyal to Formula 1 but also a young team still in the making, with some struggles, in particular last year. So, we need someone who is capable of understanding all of that and understand the value of all the work, ethic and effort we are putting into that.

“I am not saying that Daniel has not understood that. That’s absolutely not what I mean. I am talking about the future,” summed up Abiteboul, who added that Renault are in fact looking at both heavyweights, and lesser-known drivers.

“We are talking to a few names. Some big names, some lesser-known names. We are taking the time and again making sure that there is a good alignment between what we are and what any driver is looking to get in a team like ours.”

Alonso, meanwhile, laughed off the latest speculations. His current drivers chipped in as well with both fine having Alonso in the team. While Ricciardo was more answering to who he would like to be paired up with, Esteban Ocon would be more than happy to have the two-time F1 champion.

“I would only say Alonso just because it’s something I’m yet to experience,” said Ricciardo. “Team-mates are great benchmarks and also great additions to your skill set. You can always learn something.

“I don’t believe there’s any driver in this sport that’s been perfect yet. There’s always an improvement to make. For that I would say Fernando. In that as well, I only had 12 months with Seb. That went pretty quickly, so I wouldn’t be opposed to that again.”

Meanwhile, Ocon added: “I got asked that question many times of course during this lockdown period. I always respond honestly, and my personal choice has no relation to what the team is going to do. I have a great relationship with Fernando.

“The helmet I have and the only swap I did in between the drivers was with him. He was the one with Michael, his fights back in the day, that gave me the love for the sport. I don’t know if he’s going to join or not with us, but definitely if he could come back, I would be very happy.”

While the driver scenario will be played out with time, the recent situation and performances of Renault has put a huge question mark over Abiteboul himself. The Frenchman admits of pressure but also feels confident.

“You know when we are participating in F1 as a team or when you are managing a team that has the loyalty that I was talking about before – 43 years in the sport, with a number of championships as a supplier or as a full team – there is pressure,” said Abiteboul.

“There is pressure every single year. We’ve had a nice progression since 2016 that indeed marked a stop last year. But for me you know there were already some signs of weakness before last year. If you go back into what was 2018, yes we were P4 in the championship but it was clear that we were not capable of developing at the right pace.

“In order to catch up with a top team, it was already very clear that McLaren was on a very nice trajectory. We had to do a number of changes that basically led us to change a big part of the technical leadership in Enstone. I think the engine has made good progress.

“It’s well recognized and accepted. We now need to focus on the car and that’s what we are doing now in the decision that we have taken in terms of financial trade-off for the future. And yeah, so I am feeling pressure but equally I am feeling confident, about this year and the ones to come after that,” summed up Abiteboul.