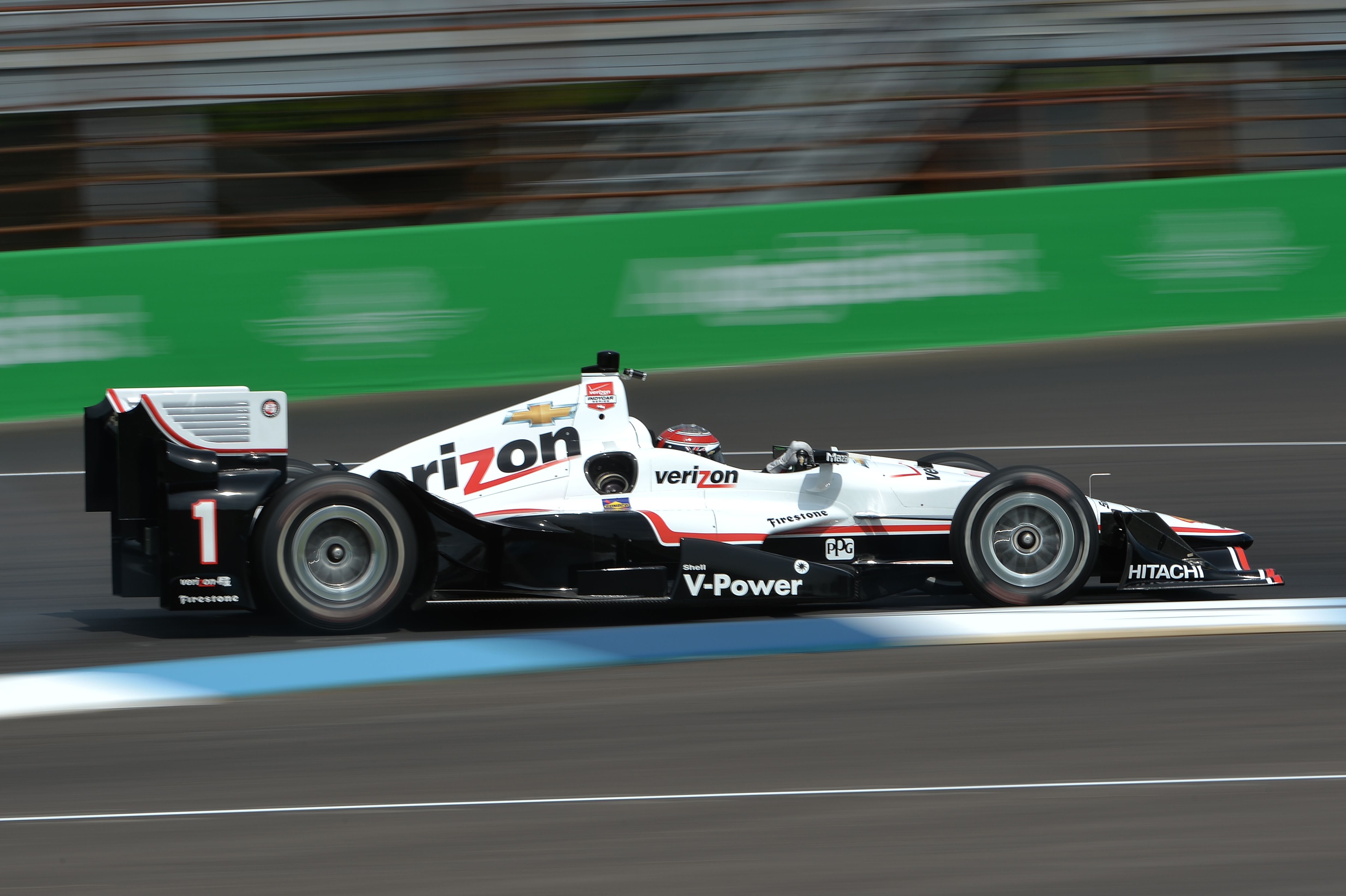 Will Power, the Australian champion of the category, has achieved his first victory of the season at the Indianapolis Grand Prix. The Penske dominated the race from start to finish, Rahal was the best Honda, in second place and Montoya completed the podium.

Power made a good start but Castroneves touched Dixon causing a triple accident. Dixon could get back on track, while Hawksworth and Newgarden remained with frozen cars. Newgarden had been in the same situation after a touch with Hinchcliffe, while Hawskworth touched Filippin and then avoided the head-on collision with Dixon.

This left the race under caution with the following positions: Power led to Pagenaud, Bourdais, Filippi, Montoya, Rahal, Hildebrand, Chaves Munoz and Coletti.

Green flag again, this time with a clean start that allowed Montoya overtake Filippi while Muñoz did it with Chaves making him the eighth. The Colombian would not keep the position and two laps later would be in eleventh place.
His teammate, Ryan Hunter-Reay was the first to stop on lap 10. Marco Andretti did it a lap later and Muñoz was next. Very premature pit stops. Tony Kanaan, meanwhile, stopped on the eighteenth lap.

The first race leaders were Montoya and Filippi on lap 21, losing the first two major seconds while the second lost time changing the front wing and checking radio communication. Two laps later the first 3 stopped. James Jakes was going to lead the race. The Briton and his teammate, Hinchcliffe, stopped on lap 26.

The situation ceded the lead to Will Power again, followed by Rahal, Pagenaud, Bourdais, Montoya, Hildebrand and Castroneves, who managed to climb to seventh place despite the accident in the first lap.

The first 7 were rolling on the hard tire and that left Coletti at a disadvantage before Kanaan, rolling with the soft tire and wanting to beat the Monegasque, who had fought very cleanly to maintain his position. The Chip Ganassi stopped on lap 39, just as did Juan Pablo Montoya.

One lap later the leader of the race, Power, made his second stop with Pagenaud, his teammate, and Hildebrand. That made Sebastien Bourdais react a lap later. The one from Racing KVSH got ahead of Pagenaud, but not ahead of Montoya, who was in the equivalent of the third.

After the second pit stop completed for all Power was still leading two seconds behind. Montoya was third, Bourdais fourth and Simon Pagenaud fifth.

Pagenaud would stay out of the fight after losing power on his car on lap 58, forcing a pit stop to fix the electronic problem.

One lap later Power and Montoya made the third and final pit stop, leaving Rahal in the first place. The Letterman Lanigan Racing would stop two laps later leaving behind Will Power.

Overtaking until the conclusion would not occur and Power got the first win of the season, making it the second for Team Penske in the season. Graham Rahal finished as the best Honda for second consecutive Grand Prixes thanks to the position today. Championship leader, Juan Pablo Montoya, finished on the podium and so extends the lead in the championship.