Home More Series Formula Renault 2.0 Eurocup A disqualification of Olsen at the last hour gives you the Title... 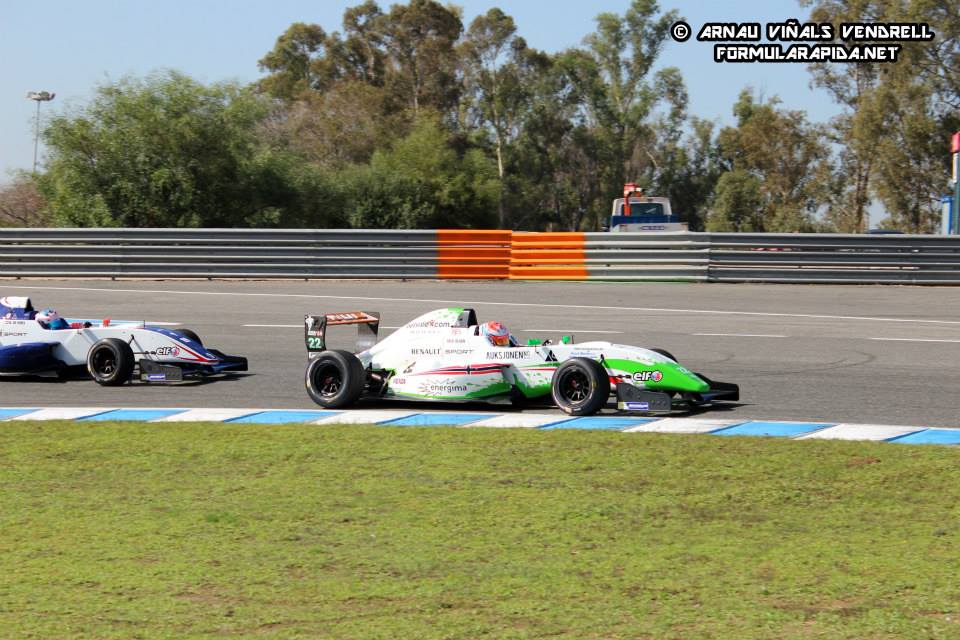 At the last moment Dennis Olsen was disqualified from the first race of the Formula Renault 2.0 for technical reasons. In Norwegian Second, Prema Powerteam has lost eighteen points and Koiranen GP crowned champions.

After making the pole, Olsen remained in first place for the first few laps but then could not handle the pressure of De Vries and was advanced to end in the second step of the podium.

This still gave Prema Powerteam chances to win the constructors’ title since Villemer Bonifacio was fourth and eighth, while Koiranen added only twenty-five points of De Vries.

So today’s race will be held with both championships already decided and the members of Koiranen GP wearing a shirt with a giant “#BOOM” printed on it.