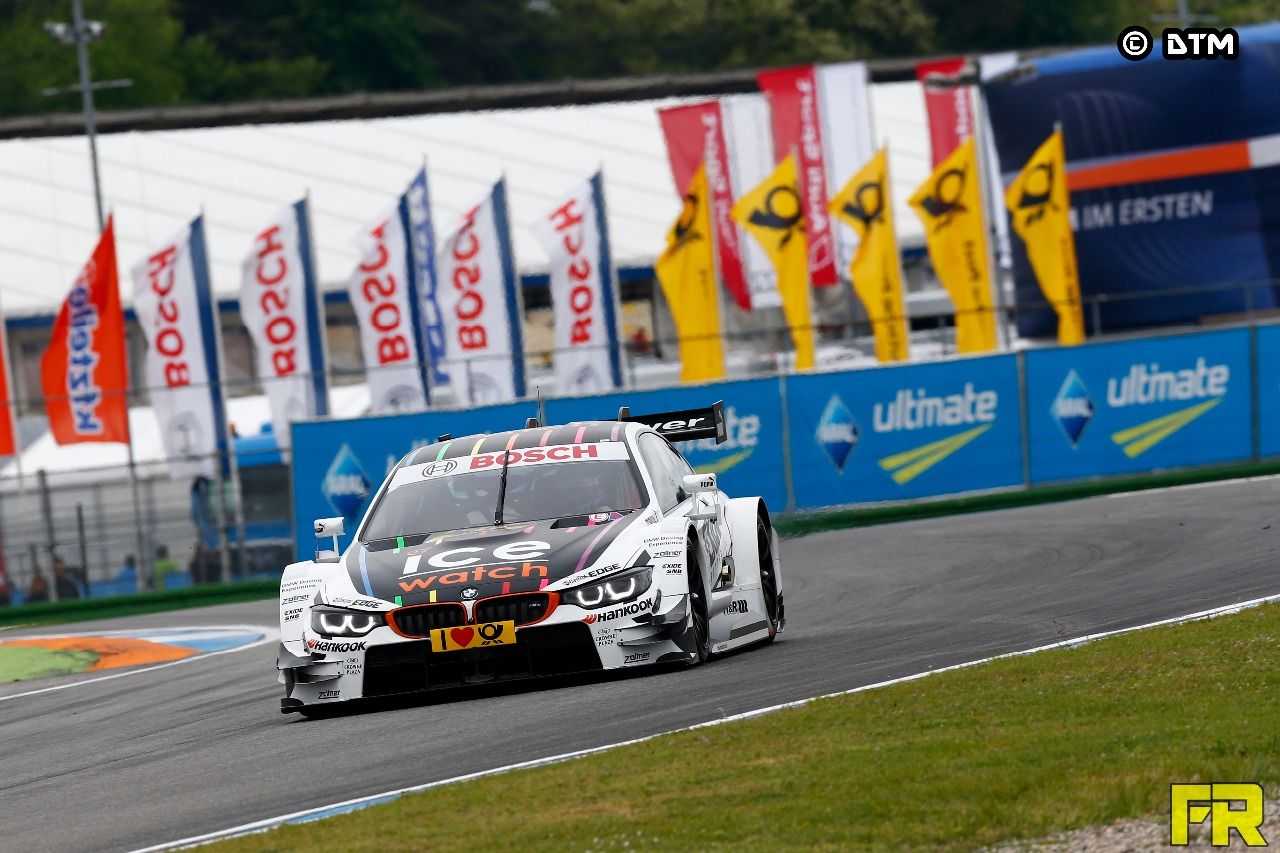 Marco Wittmann wins the DTM season opener at the Hockenheimring Baden-Württemberg, scoring his maiden DTM victory. In a thrilling race with many overtaking manoeuvres, the 24-year old eventually won by a margin of 12.869 seconds from Mattias Ekström and Adrien Tambay (both Audi), the latter having started from pole position. In eleventh place, Pascal Wehrlein was the fastest Mercedes-Benz driver in the Hockenheim season opener.

“I am overjoyed. After two difficult years for the RMG team, this victory is very good for everyone. I kept an eye on the drivers behind me in the rear-view mirror all the time and I knew that the drivers with option tyres would be quicker than me towards the end of the race. However, my margin was big enough,” the BMW driver commented after his first victory in the eleventh DTM race of his career. In total, 75,000 spectators attended the opening weekend of the 2014 DTM season.

Two Audi drivers joined Wittmann on the winner’s podium. Mattias Ekström finished second, 12.869 seconds down. Adrien Tambay, who had started from pole position for the first time in his DTM career, crossed the finish line in third place. In eleventh postion, Pascal Wehrlein was the best-placed driver of a DTM Mercedes AMG C-Coupé.

In a spectacular and thrilling race, there was plenty of action behind race leader Wittmann. Especially Swedish driver Ekström, who had started with the standard tyres from fifth place on the grid with his Audi RS 5 DTM, showed a spirited drive towards the front with the softer option tyres after the mandatory pit stop. Only a slight collision while overtaking Tambay slowed down his progress.

“The race was fun. I was able to battle my way up more and more. My tyres were perfect. In the battle for second place, I tangled with Adrien Tambay, but that was nothing serious,” Ekström said. Tambay was also happy with second place. “I reckon that this was a good start,” the Frenchman said and added: “Starting with the option tyres was the safe choice, even though it got really tough for me towards the end.” In his first race with starting number 1, defending champion Mike Rockenfeller (Audi) made up from tenth place on the grid to finish fourth; BMW driver Timo Glock came fifth.

Pascal Wehrlein started searching for problems right after the opening race. “Summing this weekend up in words isn’t easy. It was clear for everyone to see that it was quite difficult for us as Mercedes-Benz drivers. It is too bad that we didn’t score any points. Now, we have to analyse everything to be able to improve in the next races,” Wehrlein said.

Nico Müller (Audi) was the best-placed of the four new drivers in 16th place. Mercedes-Benz driver Vitaly Petrov finished 17th in the Hockenheim season opener. António Félix da Costa and Maxime Martin (both BMW) retired and were classified in 20th and 22nd place. Until his retirement, Félix da Costa had shown an impressive performance and ran as high up as third at a certain point. Locking up under braking and then colliding with Timo Scheider (Audi) prevented him from scoring a good result and forced him to retire.

In the second DTM round at Oschersleben (16 till 18 May), performance weights will be given according to the new sporting regulations. Following the result of the season opener, BMW driver Marco Wittmann, Timo Glock, Bruno Spengler, Martin Tomczyk, Augusto Farfus and Joey Hand all have to take five kilograms on board. Their fellow BMW drivers Maxime Martin and António Félix da Costa (BMW) each get 2.5 kilograms extra weight on board. On the other hand, all seven Mercedes-Benz drivers can run the next race with cars that are five kilograms lighter.