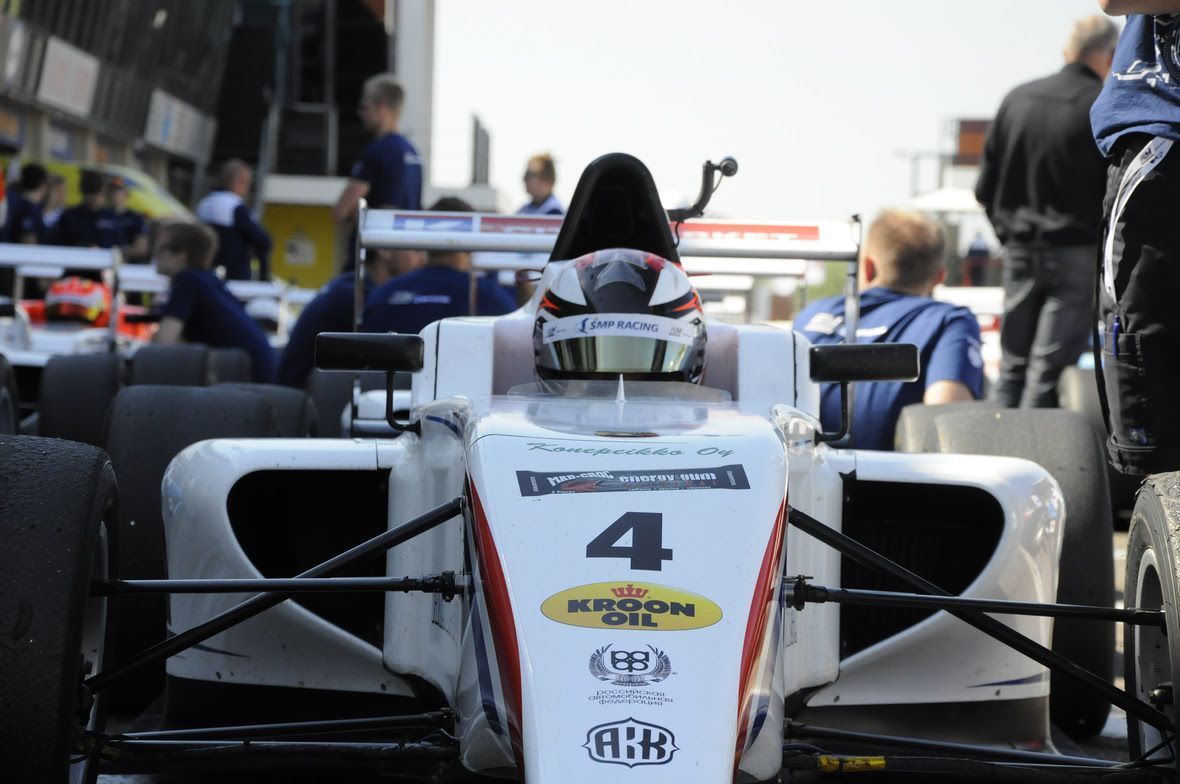 As Friday’s sun rise up on Zandvoort, SMP F4 drivers had the Free Practice day before tomorrow’s showtime. The sun was again high in the sky, with very nice temperatures.

After 15 minutes into the first session, a huge accident in T7 caused a red flag, as Gleb Zotov crashed into the wall at high speed. The session then resumed with few laps left on the clock.

Jarno Opmeer topped first session with a fastest lap of 1.40,315, followed by Tuomas Tujula in 1.40,397 and Richard Verschoor in 1.40,424. Times were pretty tight, showing the driver’s very close level.

The second session was on new tires and the youngsters were ready to attack the Dutch track. In lap 5 there was another red flag caused by a crash from young Russian Alexander Masslenikov as his car’s front nose got broken.

Rasmus Markkanen and Tuomas Tujula had a stellar drive as they managed to get only 0.5 from the leaders who know the track much better than them. Russian Vladimir Tziortzis ended the session P5 only 0.001 ahead of the Spaniard Xavier Lloveras. Nikita Volegov, Juho Valtanen, Danny Kroes and Nikita Sitnikov completed the top 10.

“I’m waiting for tomorrow because then it’s the real showtime. Practice is always practice. I have earlier experience of this track since I was here in last August. Tomorrow I just need to be faster than others. My goal is to win”, says Tuomas Tujula.

“Yes, I’m a little nervous. Yesterday at the practice I crashed in the wall. Compared to Sochi, this track is way more difficult”, commented Alexander Vartanyan.

“Tomorrow is going to be a big battle. I feel more confident now than yesterday. This is a difficult track and it needs experience from a driver. I can be fast but I’m not very stable on every corner”, answered Nikita Sitnikov.

“I felt quite good today on the circuit even though it’s hard to do a good lap and put all the sectors together. There are two hard corners on this track, where you have to speed and to be very confident with the car as well”, commented Xavier Lloveras.

Tonight drivers will be attending an event organized by KNAF. The younsgters will be cruising on the Amsterdam canals…wonderful evening in perspective.

Saturday will start with the first fifteen-minutes qualifying session at 11:55, followed by Race 1 at 16:50.