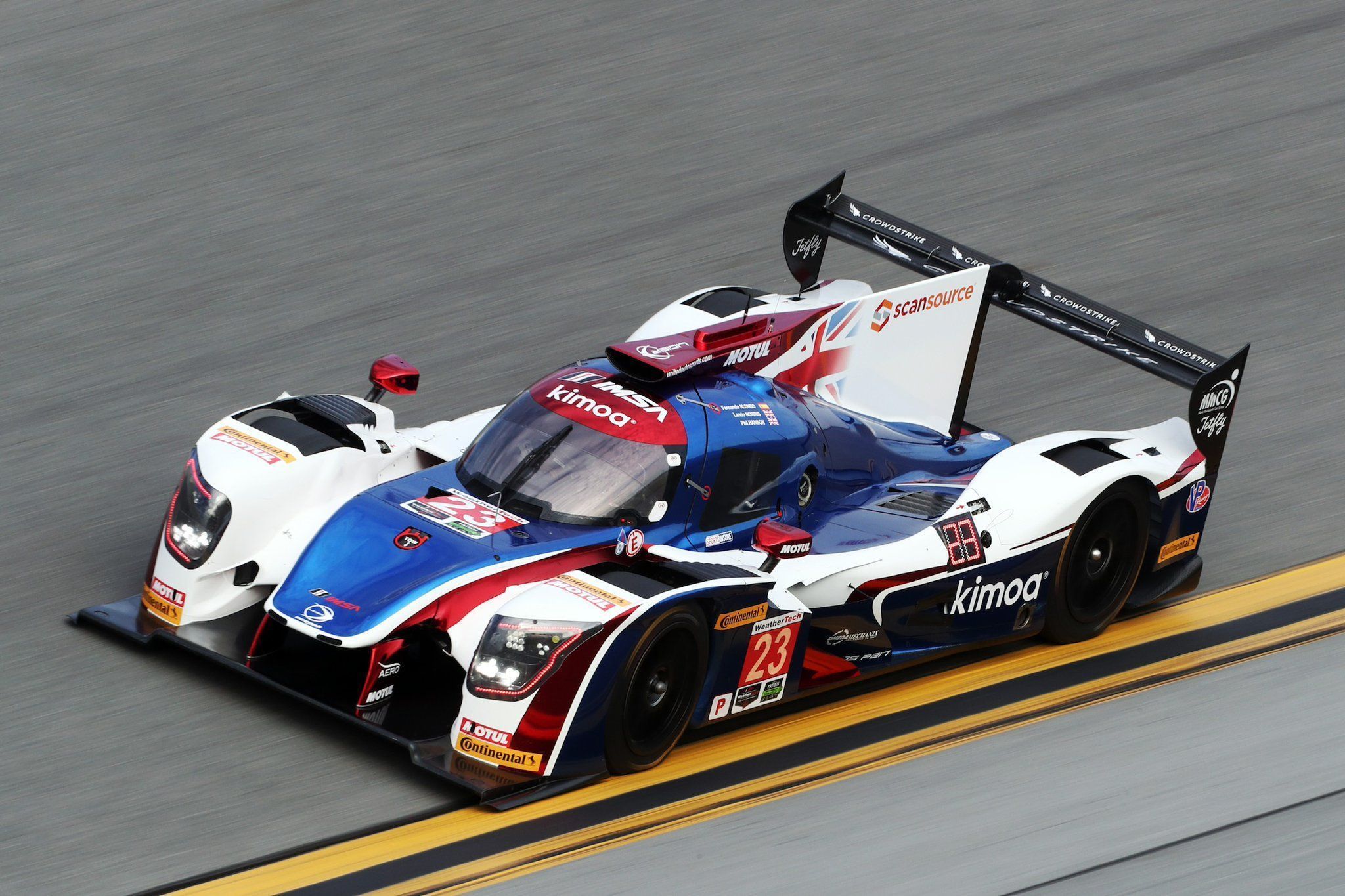 The 24 hours of Daytona kickstart the 2018 racing season when it comes to big events. Four Spanish drivers will take part in it but there is a lot more to pay attention to.

The 56th edition of the 24 hours of Daytona will be something special. Fernando Alonso’s debut will bring even more attention than it is usual on this historic event where drivers like Scott Pruett, Bob Wollek, Juan Pablo Montoya and even Antonio Garcia have tasted glory. Along with the Asturian, there will be three other Spanish drivers; Dani Juncadella, Miguel Molina and Garcia himself. With the biggest representation of Spanish drivers ever seen in Daytona, the race should bring excitement. Even then, in reality the battle for the win will be focused on the DPi machines, the new IMSA championship prototypes that were used for the first time in 2017 and that have proved their speed above the more European LMP2 machines.

The latest changes in the Balance of Performance before the 24 hours adjusts the performance of the DPi machines but it will not let the LMP2 cars get close enough. This way, the battle for the win will be limited to the former as long as any disasters are averted. Either way, a whole day of racing ensures lots of challenges that man and machine will have to face, ensuring excitement through the three different classes. The race, which will start at 8:40pm CET on the 27th of January, is also the first race of the 2018 IMSA endurance series in which Antonio Garcia takes part as one of the most renowned names of late. 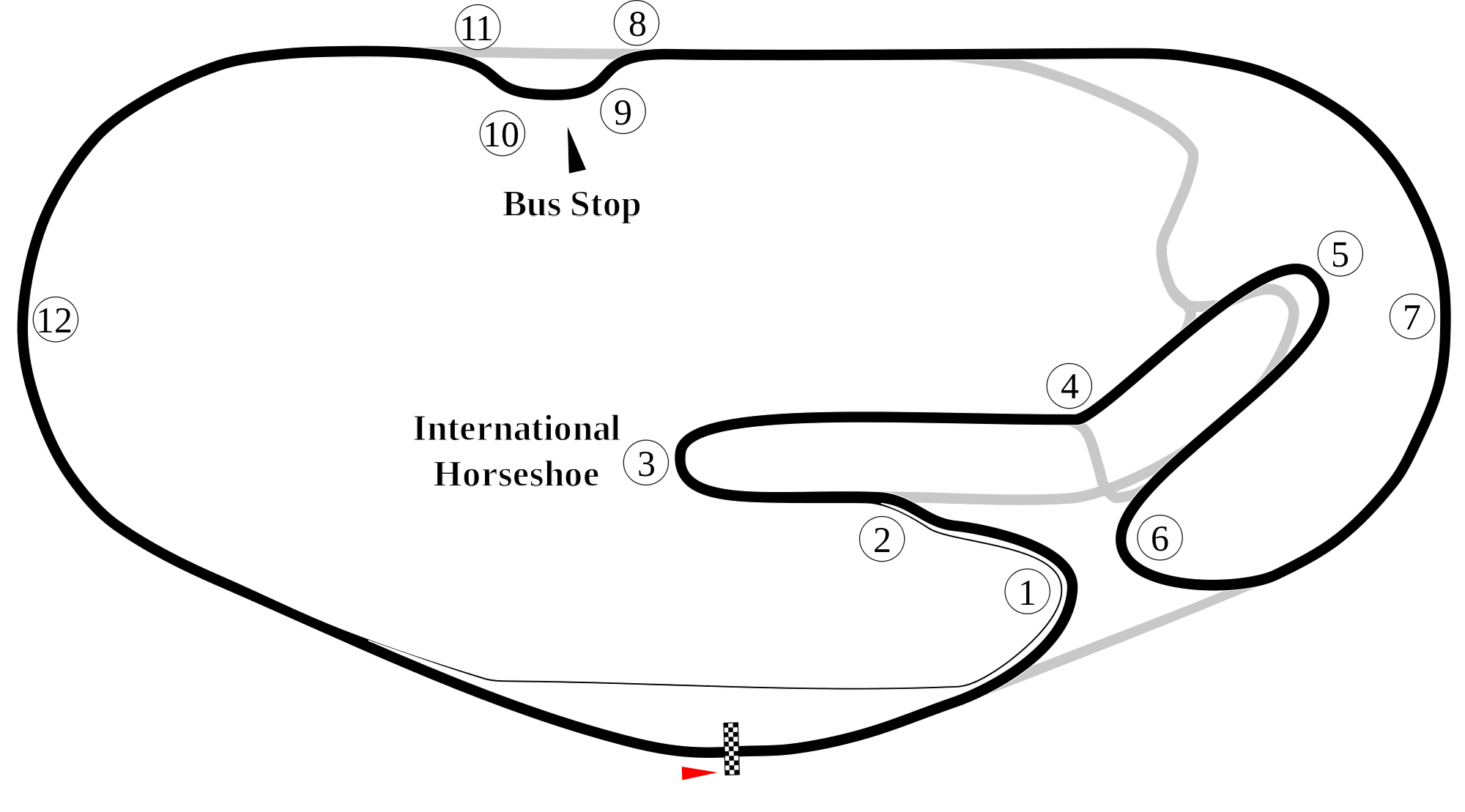 Daytona International Speedway is one of the most famous racetracks in the world. The Daytona 500, opening event of the Monster Energy NASCAR Cup Series, is run there every year since 1959, with some of the most brilliant American drivers in its hall of fame. The 24 hour race came to be in 1966 and has also been run annually except for 1972 and 1974. But it is not just cars, that make the track’s history come alive, since motorbikes have a long standing tradition as well thanks to the Daytona 200. This is a race that as been won by household names like Giacomo Agostini, Johnny Cecotto, Kenny Roberts, Wayne Rainey, Keving Schwantz or Nicky Hayden.

The good weather despite the race happening at the end of January is one of the particularities of an event that takes place at a unique racetrack. Like practically all the great endurance races in the world, the track which is used for the 24 hours of Daytona brings drivers and engineers a special challenge due to its tight hairpins and high speed banked corners. The current version of the track has been practically unchanged since 1985, with only small variations to the chicane in the middle of the back straight. Even then, the length has remained stable at 5.729m in 12 corners. The current layout was used for the first time in 2003 and will be facing its 15th 24 hurs of Daytona this year. The track uses most of the oval, adding various hairpins that should allow for some overtaking as well as the daunting first corner. Finally, the ‘Bus Stop’ chicane adds a high speed last challenge. 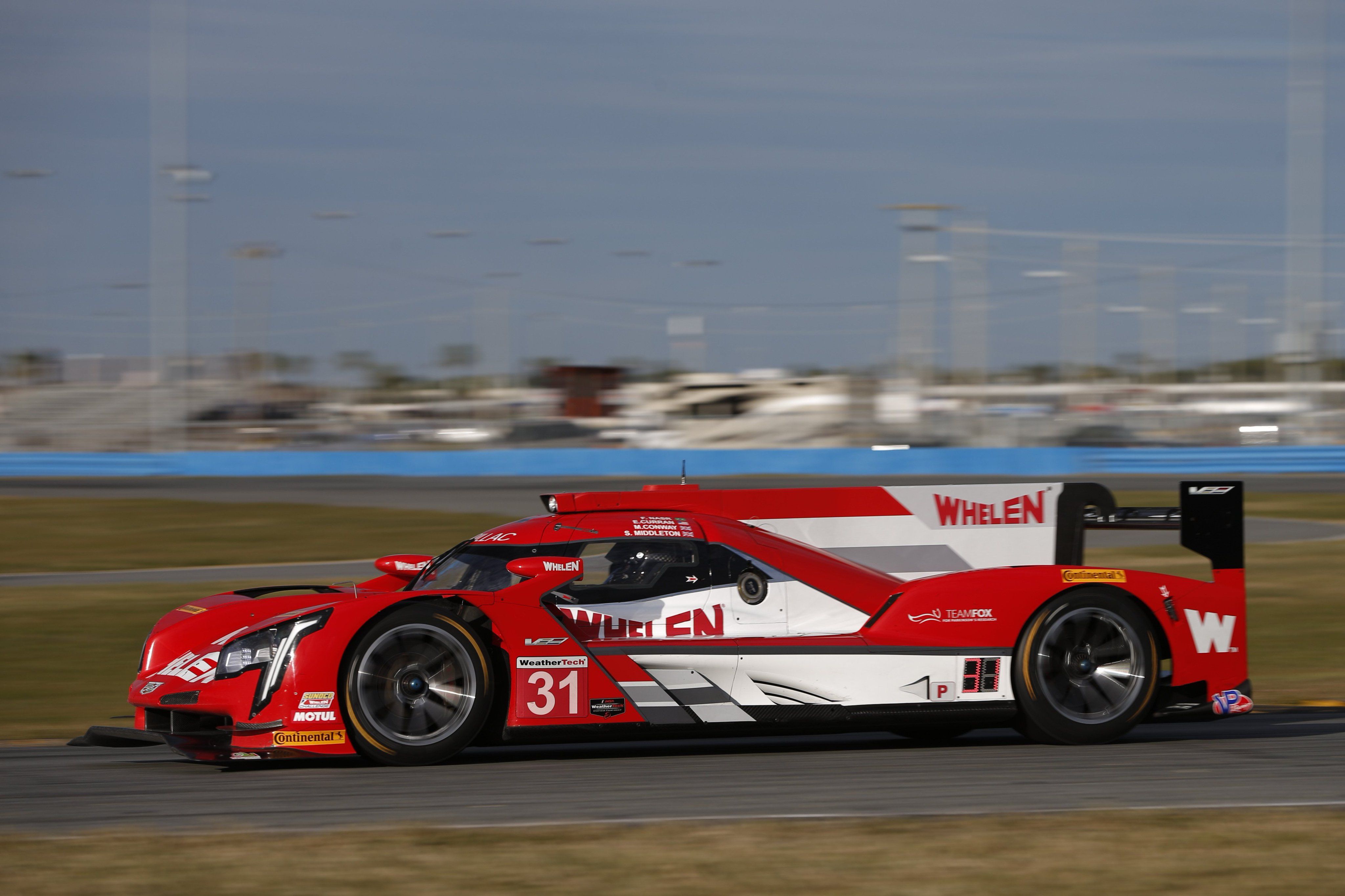 The main class will be the prototype class, with a total of twenty cars that in theory are vying for the win… in theory. The reality is slightly different, since the LMP2 machines do not benefit from the current BoP, which leaves the DPi’s as the main real contenders for the win, unless something happens. Lando Norris himself mentioned that their team would need a perfect race, if they wanted to have a shot at winning. This is the class where we will find Fernando Alonso, driving one of United Autosports’ Ligiers. Everybody knows that this is more of a test for Le Mans than it is a race, for him. The car number 23 will ‘only’ have three drivers; Alonso humself, Norris and promising youngster Phil Hanson. It is remarkable, since the other United Autosports machine (which has Paul di Resta and Bruno Senna as drivers) has four drivers and BAR1’s Multimatic will be shared by five team members.

The four Cadillac DPi-V.R from Mustang Sampling, Konica Minolta, Whelen Engineering and Spirit of Daytona are the hot favourites for the races, while the Nissan, Acura and Mazda Daytona Prototypes will try to surprise. The latest changes to the BoP will help them get closer to the Cadillacs, so it is not impossible for them to actually put up a fight. It will be worse for the LMP2 machines, most of them using Ligier (like Alonso) and Oreca (Juncadella will share one of the Jackie Chan DCR JOTA cars with Lance Stroll, Felix Rosenqvist and Robin Frijns for a true ‘All-Star’ line up). The ‘P2’ cars should be further back and with a total of ten DPi competitors, it is fair to think of a top 5 as a realistic goal for both Spaniards in this class.

So far, one of the most notable showings was that of the 31 car of Felipe Nasr, Eric Curran, Mike Conway and Stuart Middleton. The Brazilian set a new record during the ‘Roar’ and heads a team that aspires to win it all. It will also be interesting to pay attention to the Taylor brothers, Jordan and Ricky, this time in different cars. All of this, without forgetting the always popular Juan Pablo Montoya in the Acura of Team Penske that he will share with Simon Pagenaud. And of curse, veteran Christian Fittipaldi on the number 5 Cadillac… 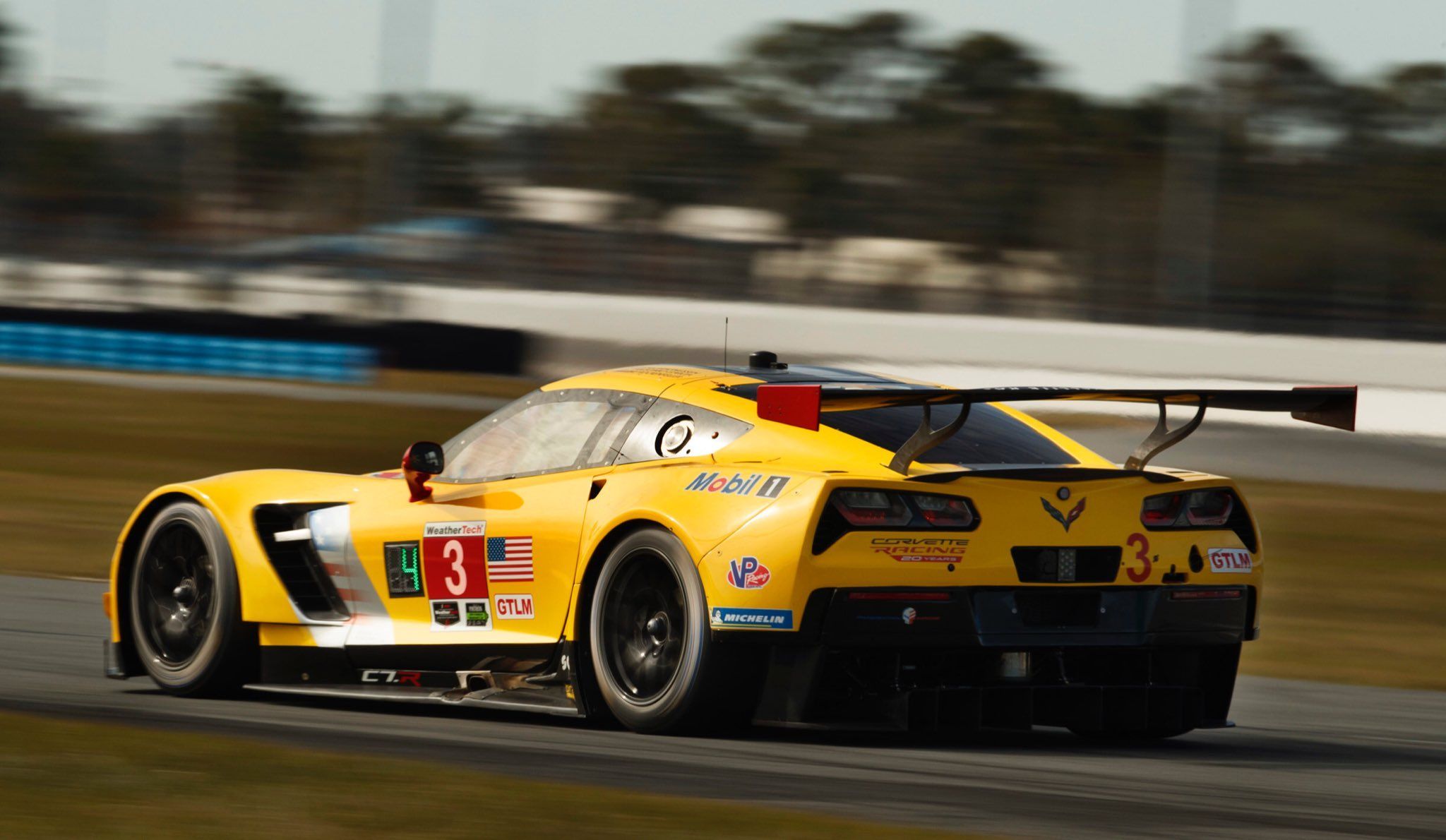 The GT Le Mans class (abbreviated as GTLM) races with machines under GTE LM regulations like the 24 hours of Le Mans vehicles. Since these cars can only race at the WEC and IMSA, the existing amount of cars is minor and there will be ‘just’ nine units on the track. However, they are all works’ machines and Corvette, BMW, Ford and Porsche will all be running two cars each, being Ferrari the only one to run a single car. It will be the ‘proxy works’ entry of Risi Competizione. Seeing Pier Guidi, Vilander, Calado and Rigon in the number 62 makes it clear that the effort is as officially supported by Ferrari as it gets. This is the class where we will find Antonio García, former winner of the event, at the wheel of the number 3 Corvette. He will share the car with Jan Magnussen and Mike Rockenfeller.

The ‘Roar’ sessions showed a reasonably even field and taking into account how the BoP tends to make sure races are decided as late as possible, it is difficult to imagine a race where any car would dominate. This is the only class that ‘escapes’ from the Continental tyre monopoly, with all the cars here using Michelin tyres like in the WEC. Among the drivers who take part in it, we can find famous names like Sébastien Bourdais with Ford and Nick Tandy and Earl Bamber with Porsche in a grid that seems to be growing in talent and respect when it comes to the world of GT cars. 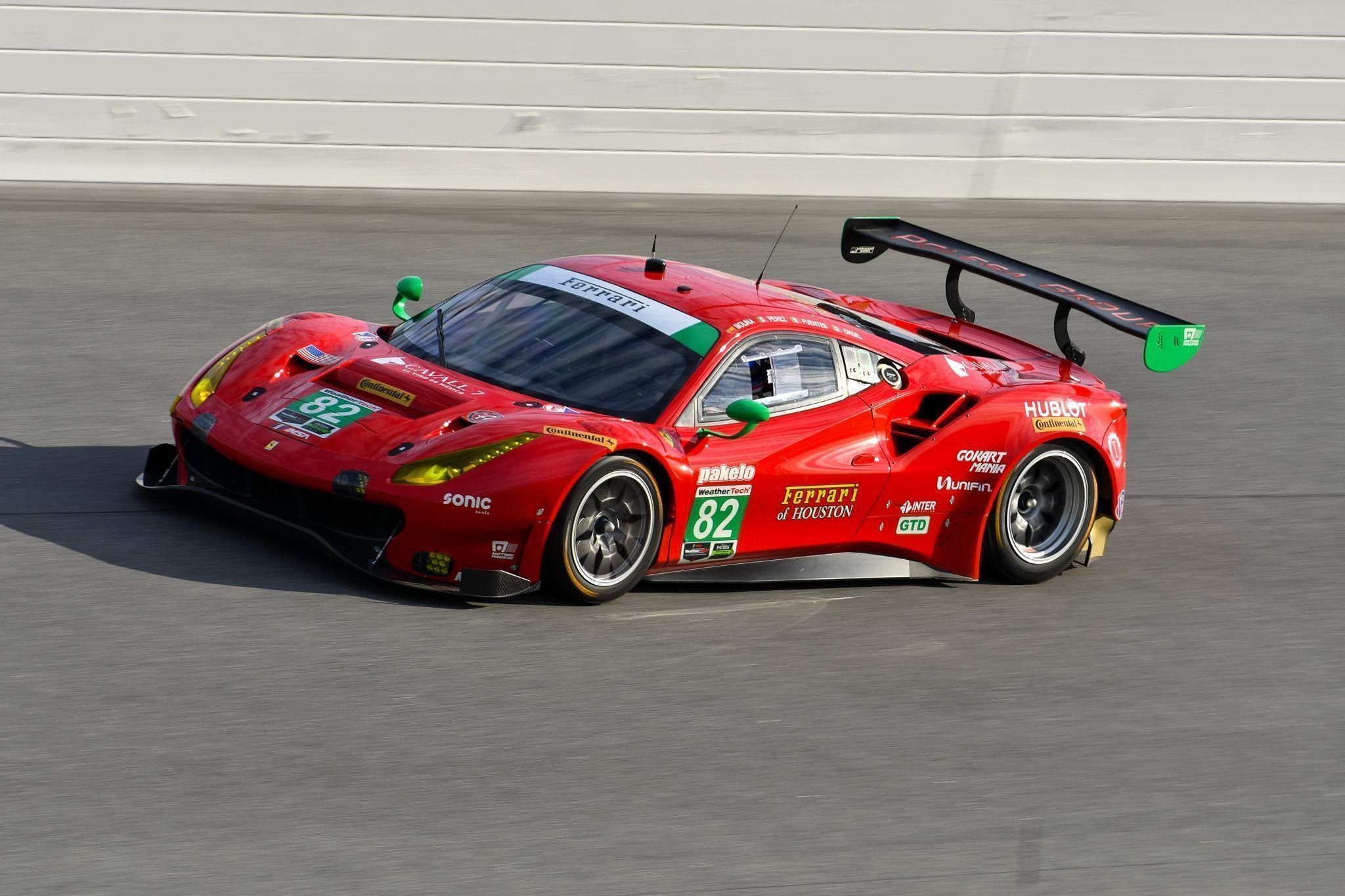 Finally, the GT Daytona class (also known as GTD) is the most populated with 21 cars on track, all of them under the GT3 regulations. There is an interesting mix of professional drivers and gentlemen drivers sharing the wheel. Here we will find the last Spanish driver, Miguel Molina, aboard the number 82 Ferrari. It is Risi Competizione’s second car, which the Catalan will share with Mexican drivers Ricardo Pérez de Lara, Martín Fuentes, Santiago Creel and Brit Matt Griffin. One of the most interesting points will be seeing various makers sharing the track with a grand total of 8 thanks to Audi, Acura, BMW, Ferrari, Lamborghini, Lexus, Mercedes y Porsche.

In this sense, Ferrari will have the highest representation with four cars but after what was seen at the ‘Roar’, it is expected to see a race full of battles although it is likely that there will be several groups splitting the quickest teams away from the least competitive. Regardless, reliability will be essential regarding their chances to fight for the win.