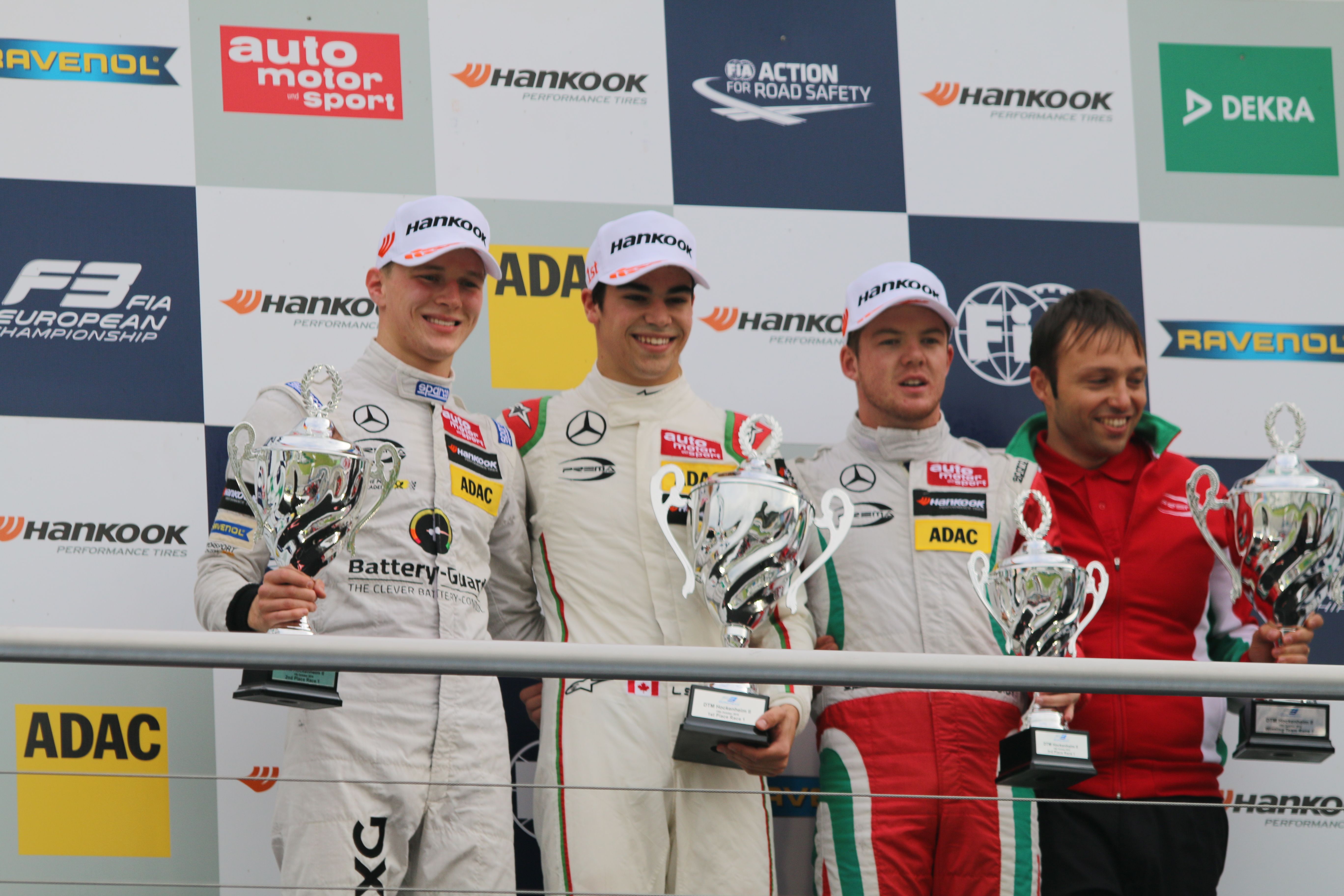 The 17-years-old Canadian took another dominant victory in which Prema hit a 1-2-3-4.

After the free practice and the qualifying session, it seemed that Prema had lost strength in his domain. But Stroll inherited the pole of the disqualified Beckmann and Jake Hughes with the Carlin car threatened from third position.

But soon, at the start, the Prema again went ahead, Stroll escaped and Cassidy followed him, with Günther and Aron in the top 4.

The top 5 escaped, and Joel Eriksson led the squad means starred in a titanic struggle between Hubert and the Swedish of BMW for the fifth position; but he lurked behind Nikita Mazepin but being the victim of attacks by Guanyu Zhou, soon walked away thinking to defend themselves.

Hughes, after a forgettable opening laps, came tracing: after a great overtaking on Sims attacked Zhou and Mazepin and finally won the positions. But trying to overtake Hubert, he produced a spectacular collision, which altered the fate of the race.

Dan Ticktum was the best Carlin with a result in the P13.

Finally, the R1 Hockenheim ended with the twelfth victory youngest champion in the history of this European F3.