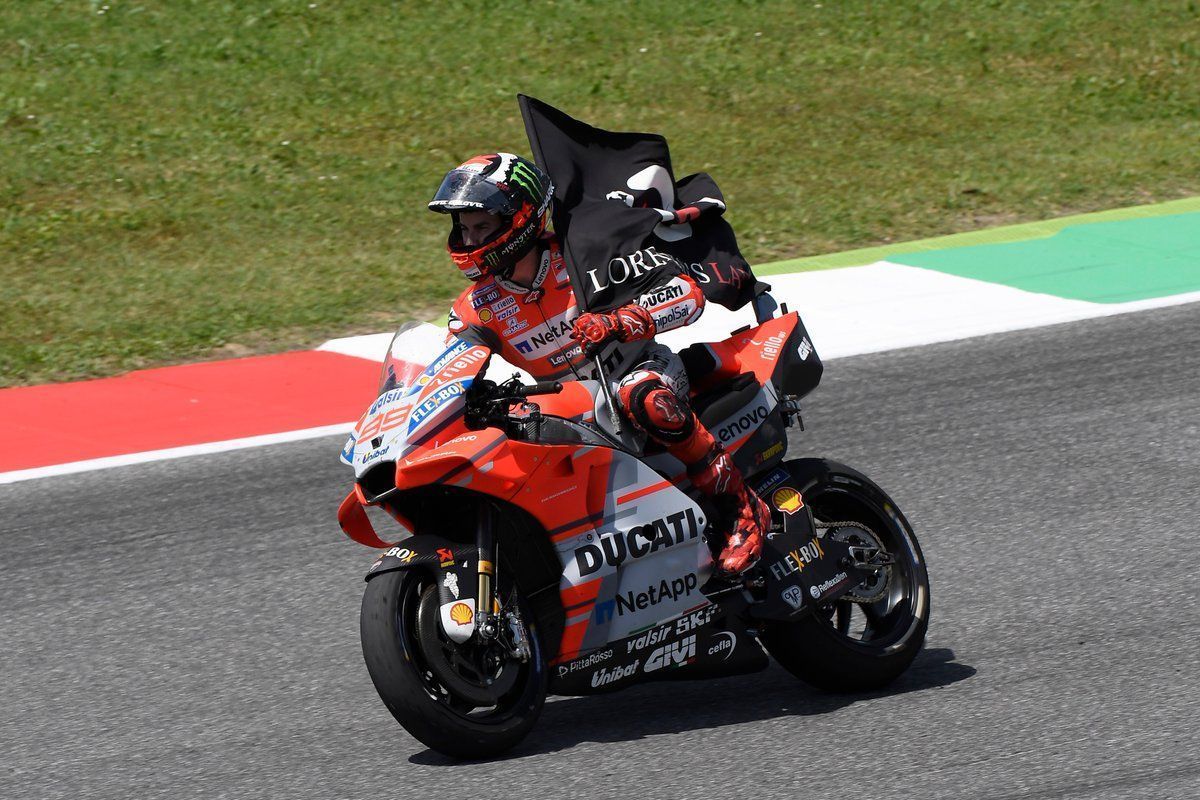 For the last one year and a half, four-time MotoGP champion Jorge Lorenzo has been criticised heavily for not able to win abode the Ducati since his switch to the Italian manufacturer in the 2017 season.

After a much fancied career with Yamaha, Lorenzo made a bold move to Ducati and vowed to not only win races but also the title. However, his first season went from bad to worse as he only finished seventh in the standings with just the three podiums.

The year 2017 was the first in his MotoGP career since debut that he was unable to step on the top spot of the podium – when his less fancied teammate Andrea Dovizioso eked out victories, enough to challenge for his maiden title against Honda’s Marc Marquez.

Dovizioso’s wins piled enormous pressure on Lorenzo and suddenly he looked like the Valentino Rossi of 2011 and 2012 when he switched to Ducati from Yamaha in search of a fresh challenge – the Italian returned to Yamaha empty handed in the 2013 season.

But for Lorenzo, it wasn’t to be as his long wait since the 2016 Valencia Grand Prix reaped the result he had been yearning for – his first win abode the Ducati in Mugello after 23 races, something which his former teammate couldn’t achieve.

Throughout the time, the Spaniard was blamed for most of the mistakes and with Dovizioso winning, Lorenzo’s caliber was questioned as well. The media and others started to pick on him, while even the Ducati board questioning his talent.

“What hurt me a little bit is…like maybe I may have a lot of weak points, lot of bad things, maybe my character but sincerity is not one of them, I am very honest,” he said to MotoGP.com after the win.

“I am one of the most honest riders [in the paddock] and when I said it is this, it is because of this. I don’t put excuses, but people thought about excuses – today it is the fuel tank, the other day the tyres. I don’t say [excuses].

“I always say the truth and when Ducati finally give me the pieces that I needed, to have more smooth engine, to have more support to save more energy, the results arrive. I hope the from now on, all these people that criticise me in that aspect believe more in my words.”

The win helped him to move to 10th in the riders’ standings with 41 points, but the monumental moment arrived too late for him to stay back in Ducati for another season, as the Spaniard confirmed he will ride another bike next season.

“Unfortunately for one side of me is, I am sad because I believe if these pieces that I needed arrive much earlier – maybe four months earlier, now I would have said to you ‘I [will] stay in Ducati’ and [also if by now] I had two or three victories.

“But unfortunately it arrived too late, these pieces [to give me my first win]. I is too late and next two years I’ll be with another bike,” he revealed. Although it is not confirmed yet, but he is expected to ride a factory Yamaha bike in a satellite outfit in 2019.

Prior to the weekend, the 31-year-old re-affirmed that he will not retire from MotoGP and that his next move will be made official during the next grand prix in Barcelona between June 15-17.