The first FIA Karting World Competition of the year promises to be particularly bright in Belgium at Genk, the Home of Champions. At the top of the bill, the FIA Karting World Championship – KZ shares the programme with three other important events, while the Limburg Karting team and the Lemmens family have devoted all their energy to the organisation of this prestigious Competition. More than 180 Drivers from nearly 45 nations from five continents have entered this event.

It is still too early to reveal all the details of the FIA Karting event to be held in Genk (BEL) from September 6th to 9th, 2018. The organisers have however worked for many months to make it a milestone of the international season. Surprises should not be lacking at the Circuit Horensbergdam on the occasion of a weekend planned as a major Karting festival capable of attracting a large audience.

The sporting programme looks great with the FIA Karting World Championship – KZ bringing together the world karting elite and the FIA Karting International Super Cup – KZ2 for the many fans of gearbox karts, two Competitions of rare intensity contested at a single meeting. The FIA Karting Academy Trophy will see its third and final Competition in Belgium to crown the best young talent of the year. Finally, the FIA Karting Historic Super Cup will present carefully selected specimens to illustrate the early days of Karting and the beginning of a thrilling story that has been revived through the commitment of many enthusiasts.

KZ: Can De Conto do the treble?

Five World Champions are on the entry list, but Paolo De Conto (ITA), winner of the last two World titles, could be the logical favourite after his European performances this year. Jorrit Pex (NLD), the newly crowned European Champion, is one of the protagonists of this FIA Karting World Championship – KZ, as well as the European Vice-Champion Jeremy Iglesias (FRA), or Fabian Federer (ITA). Marco Ardigo (ITA) remains very determined to find success. Marijn Kremers (NLD) and Bas Lammers (NLD) will probably not be far from the goal. Always reliable are Alex Irlando (ITA), winner of the FIA Karting International Super Cup in 2017 and Benjamin Hanley (GBR), an eclectic driver as comfortable driving an LMP1 prototype as his KZ, a brilliant 3rd in the Final at Lonato. Note the return of Davide Fore’ (ITA), Jonathan Thonon (BEL), and the participation of the 2017 European KZ2 Champion, Leon Köhler (DEU).

The FIA Karting International Super Cup – KZ2 fulfills its mission with more than a hundred entrants at Genk. The top seeds of the FIA Karting European Championship – KZ2 will be there. Adrien Renaudin (FRA), the reigning Champion, and his top five rivals Giacomo Pollini (ITA), Emilien Denner (FRA), the revelation of the year, Giuseppe Palomba (ITA) and Riccardo Longhi (ITA) will have to face specialists like Matteo Vigano (ITA), Daniel Bray (NZL), Alexander Schmitz (DEU) and Benjamin Tornqvist Persson (SWE) who had long led the 2017 Final. The number of drivers able to shine on the selective track of Genk is significant enough for the Competition to offer exciting twists.

Result still uncertain in the Academy

The 2018 FIA Karting Academy Trophy is far from over. The different faces of the two previous Competitions and the counting of the least favourable results (Heats and Finals) in the final classification, suggest great uncertainty as to the winner this year. Eight Drivers are theoretically able to win the Trophy. The most serious contenders in terms of points are undoubtedly Jose Maria Navalon Boya (ESP) and Federico Albanese (ITA). Also very well placed, Kobe Pauwels (BEL) will call on his great knowledge of the circuit, while Guilherme A. De Figuereido (BRA) and Sami Meguetounif (FRA) are far from giving up their ambitions. It is not impossible that some outsiders could shine in this last Competition but not interfere with the title race.

Provisional ranking of the FIA Karting Academy Trophy before Genk: 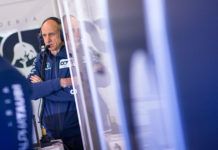 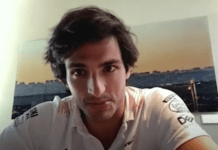